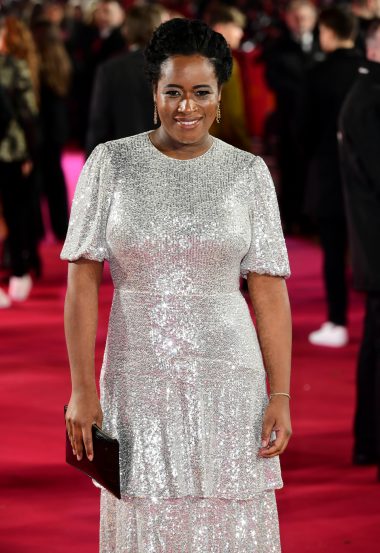 As the Black Lives Matter movement has really taken hold in the UK over the last few months, adults have been having some really interesting conversations about race and racism.

But what about kids? Journalist and newsreader Charlene White, who has been lead presenter of ITV News London since 2019, feels they have been left out of the conversation.

That’s why the mother-of-two has made one-off TV special, IRL with Team Charlene, in which she aims to break down and explain major issues for children aged six-to-10 through a mix of specially commissioned films, animation and musical performances.

White, who is also a Loose Women panellist, is joined in the studio by CITV presenter Kerry Boyne, and counsellor Rotimi Akinsete, for the show, which will air on ITV, CITV and the ITV Hub.

With the help of experts and a panel of young people, they will explore the history of racism and protest, the difficult experiences that children have been through, and offer advice to children on how to deal with racism aimed at them.

Here, we find out more from Londoner White, 40.

TELL US MORE ABOUT WHAT INSPIRED IRL WITH TEAM CHARLENE…

I had a lot of conversations with parents who would say they don’t need to talk to their kids about racism because their children don’t see race. And, as someone that first experienced it when I was seven, and my niece, who is 10, first experienced it when she was five, from other children, I think pretending that your kids don’t see race is not the answer, and it’s just continuing to perpetuate these negative stereotypes and prejudice within the world.

CAN YOU GIVE AN EXAMPLE OF AN EXPERIENCE A CHILD HAS GONE THROUGH WHICH YOU DISCUSS ON THE SHOW?

There’s one girl who brings up a situation that she witnessed on TikTok, where another girl was being bullied and wasn’t allowed to get involved in a conversation online because she was black, and she said what she wanted to do was stand up for her, but she didn’t know the right way to do it and to make sure that she was OK.

We have to make sure that children are armed with the information and the confidence to say: ‘No, that’s wrong, you shouldn’t do that.’

DO YOU THINK A SHOW LIKE THIS WOULD HAVE BEEN MADE A DECADE AGO?

I’m sure when I was growing there were difficult subjects that programmes like Blue Peter would tackle. But I think that was perhaps very surface things.

Ten years ago, we didn’t have things like TikTok and Snapchat, so 10 years ago perhaps there wasn’t the need for it [IRL with Team Charlene] in quite the same way.

IN 2014, YOU BECAME THE FIRST BLACK WOMAN TO PRESENT ITV NEWS AT TEN. THAT MUST HAVE FELT LIKE A HUGE MILESTONE…

But in terms of it being a historic moment, I didn’t know that until about 3/4 days later, and that was when a former boss at ITN had come in for a meeting and came over to my desk and said: ‘Do you know you made history the other night?’ And I was like: ‘What?!’ and he explained it to me.

It would never have been something that I would have thought about because there surely had to have been someone before me, and that was the moment which I realised, wow, OK, that was big.

HAVE YOU FELT THE IMPACT OF RACISM DURING YOUR CAREER?

Being in newsrooms, especially early on, where you’d be the only black person in the entire newsroom, you did stand out. You would have people being very curious about your hair, for example, and not really understanding how that works.

Overt racism? I never have [experienced] within a newsroom. But there could be particular jobs that I would be deemed not necessarily suited to because of the colour of my skin. And, historically, you could have in some of these newsrooms a situation whereby if you have one black reporter, the chances of you having another one would be very slim, because they’ve ticked that box.

But I was really, really lucky that in my twenties I worked at Radio 1Xtra. That’s the BBC’s black music station and I worked with possibly the highest number of black journalists that I ever had in my entire career before then and definitely after – incredibly talented journalists that I learnt so much from.

DO YOU FEEL HOPEFUL THAT CHANGE IS HAPPENING AND MORE PEOPLE ARE BEING ACTIVE IN THEIR ANTI-RACISM?

Well, I think the reactions to Diversity’s amazing dance on Britain’s Got Talent [which was inspired by Black Lives Matter] is a really good example of a company not just letting it go by the wayside.

ITV taking out adverts in newspapers supporting Diversity, when you have Alesha Dixon wearing a Black Lives Matter necklace on BGT, I think that’s a really good example of a company not just saying that they support something, but actively doing something about it.

OFCOM RECEIVED 24,000 COMPLAINTS ABOUT THAT DIVERSITY PERFORMANCE. WHAT DID YOU THINK OF THAT?

It comes down to the fact that you can’t please everybody. Not everybody’s going to like everything that you do, but that isn’t necessarily a reason to stop doing it. Sometimes you have to fight through that, in order to encourage people to discuss things.

Watch IRL With Team Charlene on CITV & ITV on Saturday, October 3. It will also be available on the ITV Hub.