Sign O’ The Times captures Prince in his prime, overflowing with musical ideas that are still relevant today

REMASTERED deluxe packages are a serious business offering highly-desirable options for everyone from the rare record collector and super-fans, to the regular music lover who just wants to update their copy of a classic album with a polished up and expanded version.

And they don’t come much bigger or comprehensive than the re-release of Prince’s epic ‘Sign O’ The Times’ (1987) double album, that (in some formats) contains no less than 60 previously unreleased tracks and two complete concert recordings. 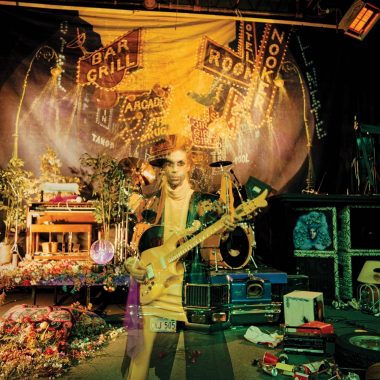 AVAILABLE to order now, the packages did include a strictly limited (to 1,987 copies) 7” singles boxed set, that features the hits ‘If I Was Your Girlfriend’, ‘U Got The Look’ (with Sheena Easton), ‘I Could Never Take The Place Of Your Man’ and ‘Hot Thing’, as well as previously unreleased song ‘Witness 4 The Prosecution’.

That highly collectible set quickly sold out though, and is already commanding upwards of £600 on Ebay!

To state Prince was going through a prolific patch at any time in his incredible career would be as obvious as saying he liked purple.

Here was an artist who could put out two triple albums in the time it took some of his peers to record just one.

Yet it is true to say the recording sessions from 1985 to 1987 were perhaps more abundant than usual, even for the ‘Minneapolis Genius’, arriving at a time after he had dissolved The Revolution – his hand-picked backing band who had shared the limelight with him for pretty much most of the previous four years, particularly on the international hit movie ‘Purple Rain’ and its decade-defining soundtrack.

Despite the break-up, The Revolution’s guitarist Wendy Melvoin, bassist Brown Mark, keyboardists Lisa Coleman and Matt “Doctor” Fink, saxophonist Eric Leeds, and drummer Bobby Z all ended up with playing credits on ‘Sign O’ The Times’, such was the double LP’s complicated birth.

Prince had been working on a album for himself called ‘Crystal Ball’, an album with The Revolution called ‘Dream Factory’ and an album for his alter ego Camille, all prior to ‘Sign O’ The Times’.

He ultimately abandoned all those projects but, when he went looking to put them all into one triple album instead, he found himself rebuffed and frustrated by the refusal of Warner Records to let him release a 3LP album. 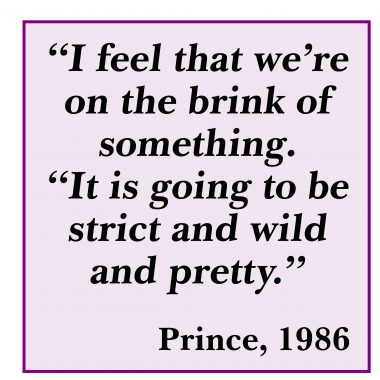 Instead he reluctantly narrowed down the tracks to a double LP and, as such, the final 16-track release included just some of the countless songs Prince recorded in that rich two-year recording period, which had also come at the same time of the construction of his innovative recording complex Paisley Park.

“Overflowing with musical ideas and topical lyrics that sound just as relevant today as they did when they were initially released, his iconic double album ‘Sign O’ The Times’ captured the artist in a period of complete reinvention,” the Prince Estate and Warner Records declared in a press statement.

It’s true the opening track ‘Sign O’ The Times’ does mark out a more serious side to Prince, commenting on a “big disease with a little name” at a time the AIDS epidemic gripped the world, while telling how the reefer smoking of his ‘cousin’ in September left him “doing horse” by June.

However, that dark slice of reality is followed by the cheeriness of ‘Play In The Sunshine’ which has all the hallmarks of the pop tunes of The Revolution years he’d barely left behind him.

‘Housequake’, with its James Brown funkiness, has that house party vibe but has none of the backing band atmosphere it might have previously enjoyed. Prince is partying on his own around Paisley Park.

The Linn drum machine features prominently on the album, dominating songs like the title track, ‘‘Hot Thing’, ‘It’, and even the reversed snares on ‘Starfish and Coffee’.

‘Slow Love’ is a sexy and jazzy ballad while ‘Forever In My Life’, which was written for his recent long-term girlfriend Suzanne Melvoin, closes out the first record, despite Prince breaking up with her too. It was far too good to be left out in any case.

The second record is more upbeat, containing as it does the big hits ‘U Got The Look’ (with Sheena Easton) and ‘I Could Never Take The Place Of Your Man’, as well as the stompy pop number ‘Strange Relationship’.

‘If I Was Your Girlfriend’, another hit single, tempers the pace with its speeded up vocal against a slower and more soulful groove, showing it was previously intended for the ‘Camille’ project. 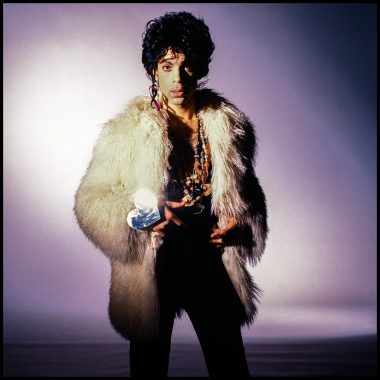 ‘The Cross’ has a U2 bluesy feel to it, before two live recordings – ‘It’s Gonna Be A Beautiful Night’ which brings back the funk, and the beautiful ‘Adore’ – end the double album in a perfect coda that showcase Prince at his meteoric best.

The Super Deluxe Edition of ‘Sign O’ The Times’ shines a forensic light on the creative output of this truly unique musician, songwriter, producer, and performer at a pivotal point in his career.

It brings fans all the audio material that Prince officially released in 1987, as well as 45 previously unissued studio songs recorded between May 1979 and July 1987, and a complete live audio performance from the June 20, 1987 stop on the ‘Sign O’ The Times’ Tour at Stadium Galgenwaard in Utrecht, The Netherlands.

In addition, both CD and vinyl sets also boast a brand-new DVD containing the complete, previously unreleased New Year’s Eve benefit concert at Paisley Park on December 31, 1987, which was Prince’s final performance of the Sign O’ The Times Tour stage show and his only on-stage collaboration with jazz legend Miles Davis.

The Super Deluxe Edition set also features a 120-page hardcover book containing Prince’s previously unseen handwritten lyrics for many of the songs from the era, including the hits ‘U Got The Look’, ‘I Could Never Take The Place Of Your Man’, and ‘Hot Thing’, together with iconic unseen images from the era taken by Prince’s primary photographer in the mid-1980s to early 90s, Jeff Katz.

This impressive reissue of one of Prince’s best albums demonstrates why his unsurpassed body of work continues to generate so much love and passion around the world.