Cricket fans of Warwickshire and Worcestershire have been able to enjoy their first live experience of the game in 2020 as a spectator pilot programme at Edgbaston Stadium saw more than 800 Members of the two West Midlands counties enjoy the first day of the friendly fixture. 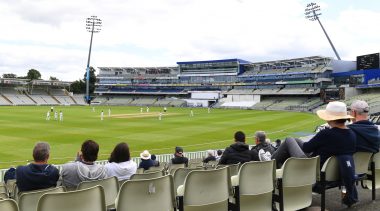 Minister for Sport Nigel Huddleston and Shadow Minister for Sport Alison McGovern were in attendance at Edgbaston alongside England & Wales Cricket Board Chief Executive Tom Harrison and Club Members as Edgbaston became the first elite sporting event in the Midlands to accommodate a crowd since March.

Tuesday’s pilot is the second elite sporting event in the United Kingdom to accommodate spectators since the COVID outbreak, with subsequent pilot events taking place at the World Snooker Championships at The Crucible in Sheffield and the Goodwood horse racing festival.

Stuart Cain, Chief Executive at Warwickshire CCC said: “In just ten days the team at Edgbaston have safely delivered one of UK sport’s first live events without compromising on giving members a great day of cricket. That wouldn’t have been possible without the support of Birmingham City Council, local Councillors, the ECB, central government and a number of other stakeholders, including our ticketing partners Secutix and The Ticket Factory.

“It helps that Edgbaston has a proven track record of delivering high profile events but we’ve had to totally re-engineer  the way we think about every aspect of staging sport, including player welfare, ticketing, access control, seating, concessions, toilets, parking.

“Everything has been re-thought with social distancing and safety in mind.   It has been a challenging but rewarding exercise that helps the industry define how sport should operate once government is comfortable with the introduction of large-scale gatherings.

“It may be the first step, but our conversations with the Minister for Sport, Shadow Minister for Sport and other stakeholders in attendance today were very productive. Our attention now turns to this weekend’s second phase in the pilot programme when will accommodate around double the numbers of spectators.”

Edgbaston will play its part in the second stage of the pilot programme by accommodating up to 2,500 spectators on Saturday and Sunday for Warwickshire’s opening Bob Willis Trophy match versus Northamptonshire.

Warwickshire Members can apply for complimentary tickets for the opening two days of the Bob Willis Trophy fixture with Northamptonshire (Saturday 1 and Sunday 2 August) by logging into the online ticketing account at www.edgbaston.com or by calling the Ticket Hotline on 0121 369 1994 (9am-5pm, Monday to Friday).

Members can claim up to three tickets, allowing for guests in the same social bubble to attend. However, an email address and Health Declaration must be provided by all attendees to claim the complimentary tickets.

Members must subsequently download tickets on a smart phone or print off at home to secure entry; no tickets will be distributed at the stadium or be available on the day of the match. Membership cards alone will not be accepted. 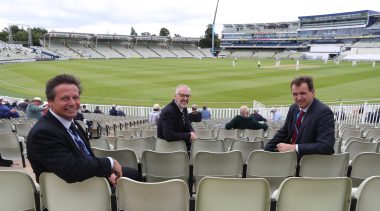 Leamington put the Brakes on league leaders ahead of Spennymoor trip