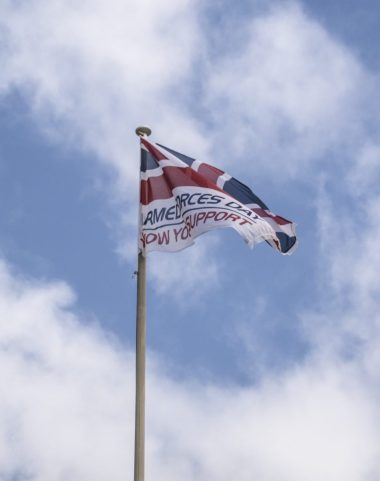 The annual flag-raising event, which has not taken place since 2019 due to the pandemic, returned to the Town Hall with a full array of local VIPs and British Legion officers.

Flying Officer Howard Jones RAFAC called the parade to attention as a signal to observe the lowering of the Armed Forces Day flag, and to observe a one-minute silence.

Armed Forces Week culminates in Armed Forces Day on Saturday (June 25) – a chance for communities to show support for the men and women who make up the Armed Forces, from currently serving troops to Service families, veterans and cadets.