Bereaved Rugby mum on mission to ease 'nightmare' of stillbirths

A ‘DEVASTATED’ mum whose son was stillborn wants to help prevent other parents going through the same ordeal – or help those who do to spend more precious moments with their children.

Sharon Luca-Chatha from Rugby held onto her first child, Luca, for as long as she could after he was stillborn in June 2012.

But after one night in his mother’s arms, he was taken away because “his little body was deteriorating” – inspiring Sharon to start a charity to provide ‘cold cuddle cots’ which preserve the body for longer.

In November, she set up The Luca Foundation – which also aims to reduce the number of baby deaths by funding training for maternity health professionals.

Sharon, 43, who now has a five-year-old son and has added Luca to her surname, said losing a child is a parent’s worst nightmare.

She said she and and husband Jas were “beyond devastated – our world had fallen apart.

“After holding on to Luca as long as we could, we had to hand him over to be taken to the mortuary. This broke us even more. We cried uncontrollably knowing we would never see him again. 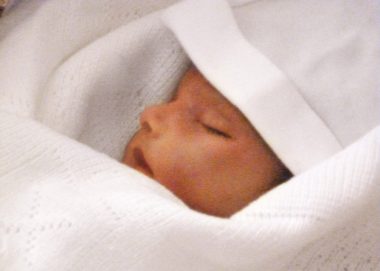 “These are the regrets we now live with.”

Soon after, she donated money raised in Luca’s name to charity Baby Lifeline – which donated equipment used to monitor her during her second pregnancy.

“It made me smile to think this could have been provided from donations made in Luca’s memory, and now he was monitoring his younger brother,” she said.

The Foundation, which is holding its first fund-raising ball on September 28 at Coombe Abbey, is looking for more support from businesses and individuals.

Visit www.facebook.com/groups/2370779223149639 or www.justgiving.com/campaign/TheLucaFoundation for more information, or to donate.

“I don’t wanna die, I’ve been fighting and still will” – can you help give Jamie, 8, a last chance to beat cancer?