End of an era: beloved bike shop to close after 50 years

THE END of an era is around the corner for a beloved bicycle shop which has stood in Cambridge Street for 50 years.

Thorntons Cycle Centre is closing down in April after being ‘deserted’ by its customers in favour of out-of-town and online shopping.

Opened by Sid Thornton in 1969, the shop became a rite of passage for generations of Rugbeians who fondly remember getting their first bike there. 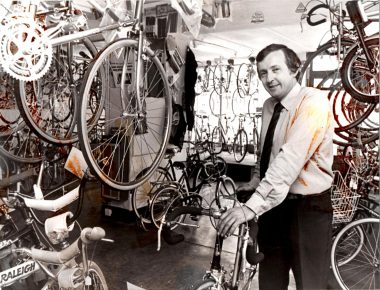 Founder Sid Thornton, pictured in the shop in the early 80s.

But Sid’s son David, who started working at the shop in 1988 and bought it from his father in the 90s, has been forced to put on the brakes due to lack of custom.

He told The Observer: “I’m very sad. Like anybody in retail at the moment, we’ve suffered from a huge lack of footfall, and the way people buy. Unfortunately, they’ve deserted us and gone online.

“Halfords being down Leicester Road has made a huge impact – much more so than when it was in the town centre, because everybody does their shopping down at Elliott’s Field.

“I’m having to make three long-term staff redundant, which is very sad.”

David has fond memories of going to his dad’s shop as a kid and trying out the latest bikes. 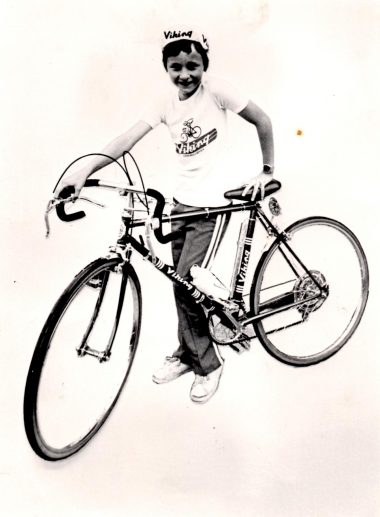 David, pictured here in around 1980, has fond memories of going to his dad’s shop as a kid and trying out the latest bikes.

“It was all racing bikes, three-speed bikes, and Raleigh bikes like Grifters and Choppers,” he said.

“Then, when I first started working there in the late 80s, the first mountain bikes were starting to come out, so we were coming out of the era of more traditional bikes.

“I remember when people bought bikes in the town in greater numbers and it was much busier, especially at weekends.

“People used to buy budget bikes and we’d sell lots. Now we just seem to have the more hardcore cyclists buying more expensive bikes, but you get fewer customers. I preferred the days when people bought budget bikes and used them.”

He says the biggest change the family has seen since the shop opened is how the town centre has been ‘decimated’.

“I don’t think this town makes enough of itself. We’ve got so much history with Rugby School and the game of rugby, but we do very little with it.” 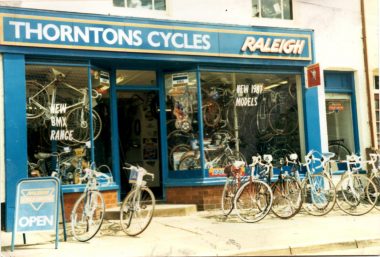 How the shop looked in 1987 – the year before David started working there.

David’s decision to shut up shop follows last year’s closure of beloved toy and craft shop Joto Hobbies after 37 years in the town centre – and he fears for the future of similar independent traders.

“At the moment I don’t hold out any hope for businesses like ours, unless something drastically changes,” he said.

“We have no rent because we own the building, and our business rates are very low – but even with that, I’m struggling. So I can’t see how anybody with high business rates and rent can make money.”

He said it would be a case of mixed emotions when he closes the shutters for the last time – “Some relief, and lots of sadness, because it’s a family business. It’s my name up on the top.

“We have had lots of loyal customers over the years, but unfortunately each year we seem to get fewer and fewer. But I’d like to thank the ones who are still with us. They’ve helped us get where we are – and we’ve had many good years out of it.”

A clearance sale is underway at the shop, which will continue to service and repair bikes until it closes on April 6.