A THOUGHTFUL Long Lawford mum who lost her father to a sudden cardiac arrest will raise money in his name for the British Heart Foundation (BHF) by taking doorstep photos of families during the Covid-19 pandemic.

Keen photographer Nicole Moyse was left devastated when her dad, Paul Moyse, died just one day after Father’s Day – when she was just 16.

Paul, who worked as a lorry driver, was found collapsed in his cab in 2012 at the age of just 45. He was taken to hospital but there was nothing that could be done to save him.

Nicole, now 25, said: “It was such a shock and my life changed in just one second. We had been to see friends on the weekend before and Dad had been fine.

“Dad had been living an active lifestyle at the time – he’d given up smoking two years previously, didn’t drink during the week, was watching what he ate and was exercising more. He was really trying to better his life. There were just no warning signs.”

Paul left behind Nicole, his son Jason and his wife Debbie, who he had been married to for 12 years.

Nicole, mum to two-year-old Ella, added: “Dad was hard working, and I don’t think he ever had a day off. He adored his family and it’s hard knowing he isn’t here to meet his grandchildren.

“I was only 16 when we lost him. I look back now and think how I didn’t even get to say goodbye. I feel so robbed of the time, especially now I’m older and with a family of my own. When Father’s Day comes around, it hits me even harder.” 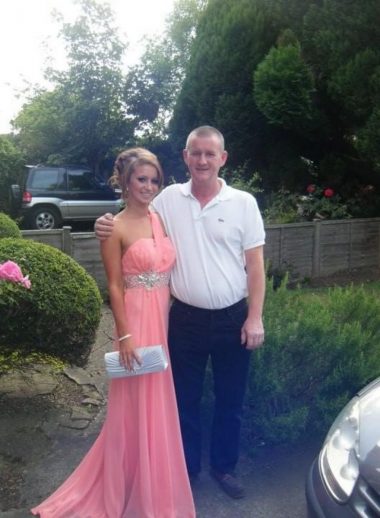 In memory of her Dad, Nicole decided to raise funds for the BHF’s life-saving research into heart and circulatory diseases.

Having previously held a raffle and taken part in a skydive, Nicole’s next fund-raiser will involve taking photographs of families on their doorsteps and asking for a donation to the BHF.

If lockdown restrictions allow, Nicole is planning to take photographs in early April, during Easter half term – and will stick to government guidelines by staying local and keeping socially distanced. 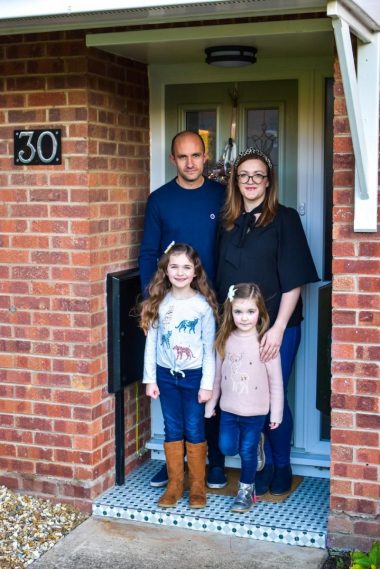 Nicole took this snap of Lydia, Jonathan, Annabelle and Elodie Geddes at their doorstep.

“I had seen the idea on Instagram, so decided to give it a go during the summer and it was really successful,” said Nicole, who works in product change management.

“I thought I would try and go bigger and better, so my plan is to visit 100 doorsteps and hopefully raise £1,000.

“To know this money will help fund the BHF’s research makes me feel really proud.”

Around 62,000 people in Warwickshire are living with a heart and circulatory disease – and every six hours, someone dies from the conditions.

The money raised by Nicole will help the BHF continue to fund research into heart and circulatory diseases – all the more vital as the charity’s UK research investment has halved this year due to the pandemic.

BHF fund-raising manager Karen Robinson said: “We are so grateful that Nicole is dedicating this unique event to the BHF. Not only will Nicole be capturing a true moment in history, but she will also be raising much needed funds for our life saving research.

“The devastating impact of the Covid-19 pandemic means that the BHF’s investment in new research has fallen by around £50million this year. This research is entirely fuelled by the generous donations of the public, and that’s why we need their support now, more than ever.”

Anyone interested in being photographed can email Nicole at nicolemoysephotography@outlook.com or visit her Facebook page at https://tinyurl.com/1d934r0v to get involved.

The BHF – which marks its 60th birthday this year – is also planning to launch a fundraising group in Rugby. Anyone interested in joining the group can contact Karen Robinson by emailing robinsonka@bhf.org.uk or calling 07388 945024.