A BEREAVED mum from Rugby who has used a family tragedy as inspiration to help hundreds of other families across Warwickshire has received the Prime Minister’s daily Points of Light award.

Charlotte Jolliffe experienced every parent’s worst nightmare in 2014 when her 13-month-old son Freddie passed away following a car crash on the M6.

In the weeks after the accident, Charlotte sought specialist bereavement support but could not find any suitable service, which led to her launching her own charity in early 2015, called Freddie’s Wish.

She received the Points of Light award, which recognises outstanding volunteers who make a difference in their community, on December 7 – the charity’s #DonutDay, which remembers the day when Freddie was involved in the accident and left behind a half-eaten donut at home. 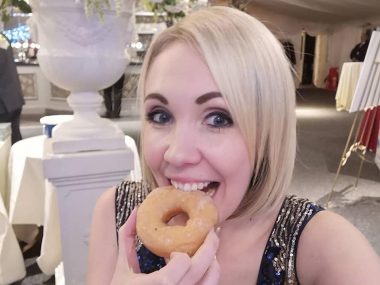 Charlotte received the Points of Light award on the charity’s #DonutDay, which remembers the day when Freddie was involved in the accident and left behind a half-eaten donut at home.

The day also fell within National Grief Awareness Week, the nationwide campaign encouraging people to share their stories of grief and raising awareness of the support available for bereavement.

Responding to a personal letter from the PM, Charlotte said: “I am absolutely blown away to have the work I am doing with Freddie’s Wish and the National Grief Awareness Week campaign to be recognised.

“I feel truly humbled and gracious for you to even know about what I am doing, let alone acknowledge it, so thank you from the bottom of my heart.

“Over the last six years I have worked so hard to create a legacy in Freddie’s name and to receive this news on the anniversary of the accident that tragically took his life and on the day of our big campaign #Donutday, I am so grateful.

“You have put a big smile on a bereaved mummy’s face and for that, all I can say is, thank you.”

Boris Johnson wrote to Charlotte: “As you remember the terrible accident that led to the loss of your little boy Freddie, I want to thank you for the extraordinary courage you have shown in helping other families who face the heartbreaking loss of a child.

“You have created a wonderful charity in Freddie’s name and your help for others is a lasting tribute to him.

“So as we mark National Grief Awareness Week, I am delighted to recognise your inspirational work by naming you as the UK’s 1,543rd Point of Light.”

Freddie’s Wish, which is run by Charlotte alongside her day job as a mental health and bereavement instructor, has so far raised over £170,000 to support bereaved families across Warwickshire.

It has funded the training of more than 1,000 people in paediatric first aid, and has created an ongoing bereavement support service for any adult who has lost a baby or child from the moment of conception to the age of 25, delivered in partnership with Child Bereavement UK.

The charity has also trained 50 schools across Warwickshire in bereavement support, also in partnership with Child Bereavement UK.