A STOLEN bank card belonging to an elderly lady was used in a Rugby electronics shop.

The card was stolen sometime between December 6 and December 16.

It was used to buy goods from Currys in Rugby on Friday December 16 at around 5.25pm.

A payment on the card was declined at Mercia Jewellers in Coventry the following day. The card has now been blocked and retained by a cash machine.

Police have released CCTV images of a man they would like to speak to. 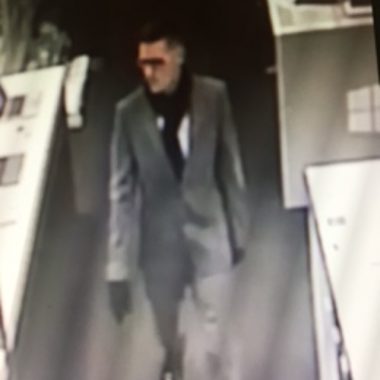 Police want to speak to this man after a stolen bank card was used in the Rugby branch of Curry’s.

Anyone who recognises the man pictured or can help with the investigation is asked to call Warwickshire Police on 101, quoting incident number 197 of December 17 – or contact Crimestoppers anonymously at www.crimestoppers-uk.org or on on 0800 555111.