HUNDREDS of people braved wind and rain to turn out to an open day held by Save Coventry Airport campaigners on Saturday.

A number of attractions took place during the event at the Baginton airfield which is under threat from controversial plans for the gigafactory. 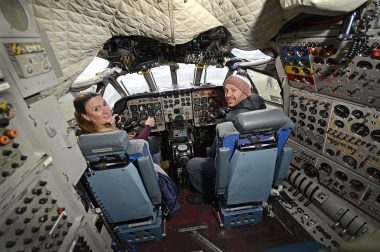 The organisers said, although scores of aircraft were forced to cancel due to unfavourable condition and despite putting it together at short notice ‘with little help from the airfield itself’, the show of support still ‘exceeded all expectations’ and ‘it was a resounding success’.

They said the option of moving the event to the following day when there were sunny skies was unavailable because the airfield was forced to shut on Sundays and Mondays.

Instead, many visitors opted for a ‘virtual flight’ with Midlands Flight Simulators, which was running four sims throughout the day to cope with demand and raised nearly £800 for local charity Myton Hospice. 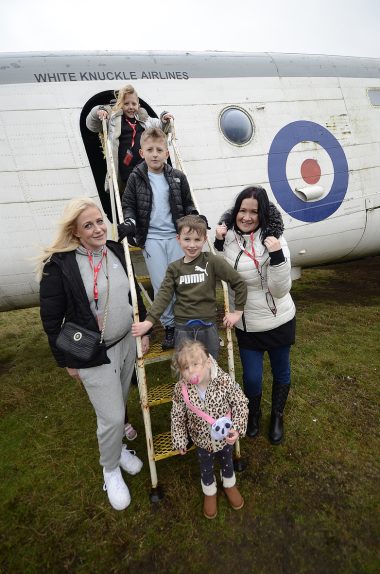 Resident Nimrod and Shackleton static aircraft conducted constant tours throughout the day, while the last airworthy ex-RAF Vampire jet roared its engine into life in a defiant display.

Aviation journalist Charlotte Bailey said: “The support surrounding the campaign to recognise the value of this national asset is eminently apparent, not just from those involved in aviation itself but from many others speaking out today.”

Organiser Joshua Mason-Allen, founder of ‘Save Coventry Airfield’ Facebook group, is due to address the committee at Leamington Town Hall at today’s planning meeting.

He said: “The argument against why the development should not happen is sound, legally, logically and economically.

“I only hope the members of the committee are open to rational argument.”

Click here to watch tonight’s Warwick District Council meeting when the plans will be heard.

Click here for the planning application and to have your say on the proposals.