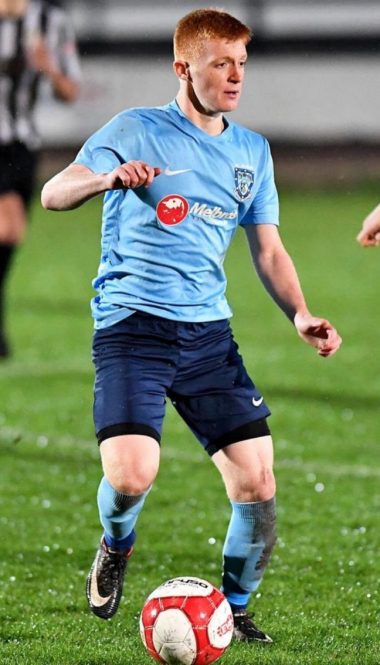 THERE WAS extra reason for the Butlin Road faithful to be cheerful on Friday night after Rugby Town’s Academy advanced to the second qualifying round of the FA Youth Cup with a 2-0 victory at Tamworth.

Two late goals from Ryan Pedley and Elidjah Mangwa cemented Valley’s place in the next round of the competition, earning them a trip to Heather St John’s on the week commencing Monday, October 5.

After a bright opening from both sides, it was Rugby skipper Luke Sherwood that had the first sighter of goal, looping a header over at the far post when left unmarked from a free-kick midway through the half.

Down the other end, Kai Wilson had to be alert to stunt Tamworth in a one-on-one situation, holding firm to see his side through to the half-time whistle with parity still intact.

Pedley gave the hosts a scare early in the second half with an ambitious 40-yard attempt that forced the Tamworth goalkeeper to backpeddle and keep the ball out on the goal-line. 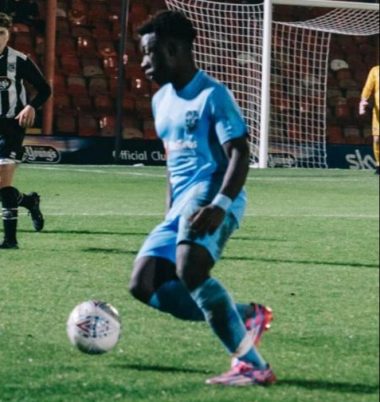 The home stopper’s night became even more eventful when being shown a straight red for a late challenge on Luke Sherwood, gifting the visitors the chance to snatch victory from the spot.

And Pedley did just that, lashing home with nine minutes to play to make it advantage to Town.

Blaine Angel almost made Rugby’s progression safe with a stunning shot from the edge of the penalty area that was well kept out.

Mangwa was alive late on to make sure of victory though, putting to bed any doubts of a stoppage-time revival.

Robins: “Hungry” Sky Blues have the appetite for Championship survival