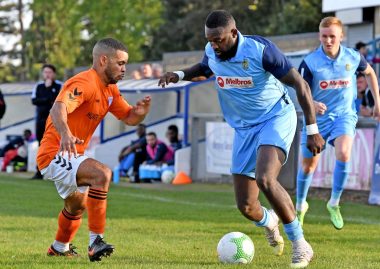 Managerless Eynesbury had a chance to cut the deficit just after half-time but stand-in goalkeeper Jake Woodward saved a penalty on his debut after signing on the eve of the game due to injury to Ash Bodycote.

Ahenkorah made it three goals in three games late on when he converted a penalty he had won himself before the visitors got a late consolation through Kevin Osei-Addo. 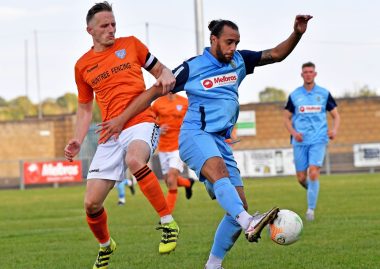 The result leaves Carl Adams’ side seventh in the table.

Rugby are next in action on Sunday when they head to Belper United in the FA Vase, kick-off 3pm.