Borough back on track with Sileby success 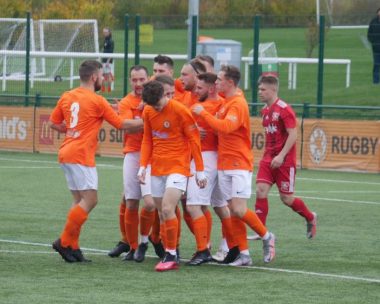 A Joshua Turton double and one from Bradley West helped Borough strike a blow to high-flying Sileby, who are second, and close the gap to their rivals to just two points at Kilsby Lane.

Only a matter of seconds had been on the clock by the time Rugby broke the deadlock, Turton heading in at the back post following Gerard McGahey’s centre.

The Rugby forward almost doubled his tally later in the half when his shot travelled narrowly wide of the post after a well-worked move.

Then, with the half-time break beckoning, a key save from Lewis Phelps helped the hosts stay in front when keeping out a close-range attempt.

And in similar fashion to the first period, Rugby scored within moments of the restart to double their advantage, Baillie O’Reilly’s initial attempt ricocheting off the crossbar but only as far as Turton – who touched the rebound home. 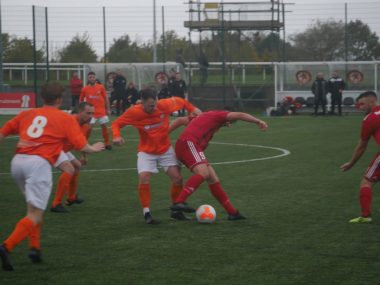 Captain Nicholas Whittam had to be alert to keep the ball out on the goal-line and deny Town a route back into the game, an intervention which proved crucial as West all but confirmed victory shortly after when turning and firing home from Turton’s cross.

While Rugby looked good value to see out the game with a clean sheet, a late consolation from Grant John Ryder put a slight blemish on the final scoreline after finishing during a goalmouth scramble.

With no midweek fixture, third-placed Borough look to kick on in the Leicestershire Senior League Premier Division when visiting ninth-placed Blaby & Whetstone on Saturday (2pm).