Change of attitude right on cue for Dale 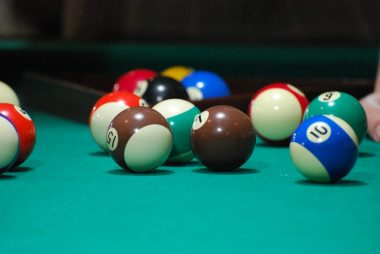 DOMINIC DALE believes his new cue has revitalised his appetite for snooker.

Coventry’s Dale succumbed to a third round defeat at the Northern Ireland Open last week after going down 4-2 against two-time World Championship finalist Ali Carter.

Evergreen Dale, who won the 1997 Grand Prix and 2007 Shanghai Masters, has been out on the baize for the best part of 30 years but reckons switching cues in the off-season has reignited his love for the game.

“Coming into this season I changed cues and I really did put the hours in,” said the 48-year-old.

“When you do change cues you certainly do practice a lot and I’ve done that – I can actually do a three-hour session on my own straight through and actually want to do more.

“Such is my enthusiasm – I don’t know where it’s come from and you would have thought that it was gone after 20 odd years in the game but not so, it seems.

“Playing with a new cue and liking the new cue as much as I do aesthetically, and the way it plays, seems to have revitalised me a little.”

In-form Dale won both his matches at last week’s German Masters qualifiers and before stunning Mark Williams in the last 64 of the Northern Ireland Open before – but a bout with Carter proved a step too far.

The world No.69, nicknamed the Spaceman, struck breaks of 75 and 55 against the world No.19 but visits of 70 and 63 from Carter dumped the Coventry player out.

Next up for Dale is a tilt at the prestigious UK Championship, starting today and also being held at Milton Keynes’ Marshall Arena – rather than its usual York venue – as snooker continues to adapt to the Covid-19 pandemic.

The sound of silence is saturating snooker halls but Dale, who will meet world No.63 Luo Honghao in the first round on Wednesday, admits the behind closed doors setup is treating him just fine.

“We’re all used to playing matches behind closed doors, but as a professional player all the matches are so important that they take precedence,” he added.

“You just concentrate on the table, the balls, the opponent and winning the matches.

“You forget about there being no audience and sometimes it’s beneficial – you’re not going to hear a mobile phone going off, nobody in the audience is going to cough or distract you at the wrong moment so there are advantages as well.”