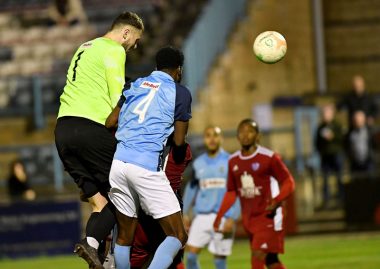 TOWN manager Carl Adams says his Rugby side could feel aggrieved not to have snuck a win against Quorn on Tuesday night, after clawing back a three-goal deficit to take a point at Butlin Road.

An incredible 3-3 draw was already enough of a spectacle for home, away and neutral supporters alike, without taking into account Valley’s equalising goal came through goalkeeper Sam Lomax deep into stoppage time.

Then with time running out, Lomax made himself the unexpected hero by heading home from Seal’s late corner. 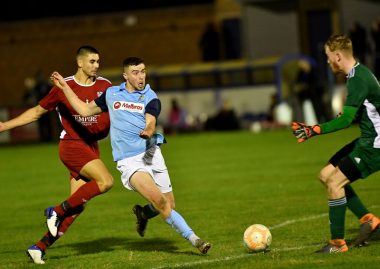 For Adams, it was a case of what could have been, regardless of the circumstances of the fightback after the break.

“We showed good spirit to drag ourselves back in the game tonight,” he said.

“To concede three sloppy goals in the first half is highly frustrating, but it was pretty much one way traffic after the break and we probably had enough opportunities to have taken all three points in the end.”

But while Town registered a league point for the first time in their last three fixtures, it is a record that the Rugby manager is desperate to change in order to get themselves back amongst the leading pack in the United Counties League Premier League.

“We are missing too many good chances at the moment and teams have made us pay,” Adams added. 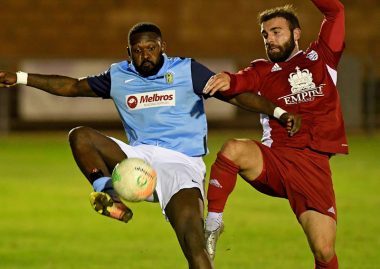 “It was the same at Lutterworth last week when we could easily have finished the game off before their late winner.”

Valley’s next challenge is a trip to a GNG Oadby Town side that – despite their position in the lower half of the table – have reacted strongly to a poor start to go five games unbeaten, winning their last time by a 3-2 scoreline against Peterborough Northern Star and Northampton ON Chenecks.

Elsewhere, the club’s academy team head to Worcester City in the final qualifying round of the FA Youth Cup on Friday night (7.30pm), knowing a trip to Football League opposition in Burton Albion is on the line in the first round should they go through.