HALIM Halim netted twice to help Rugby Borough extend their 100 per cent winning start to the Leicestershire Senior League Premier Division season to 14 games with a 2-0 victory at Hathern.

Halim struck either side of half-time but the league leaders never had it all their own way with Hathern proving difficult opponents who threw away a host of chances.

Rugby were forced into a late change after goalkeeper Bobbie Biddle complained of a stomach upset so Dale Linton took the gloves.

But Dan Carter’s side soon had the lead, scoring on two minutes when Bren King released Halim who skipped passed a couple of defenders and shot through the keeper’s legs into the net. 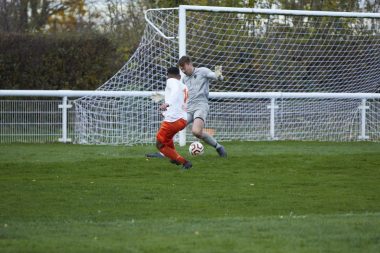 Borough should have had a second straight after Charlie Whiteside failed to get a shot in and from the resulting corner Sean Castleton headed over. 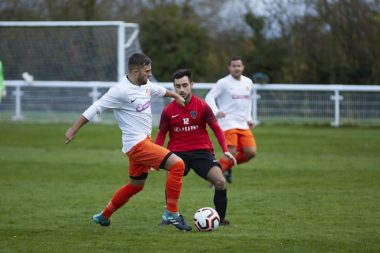 Bren King on the ball against Hathern.

But the hosts came more and more into the game, with one effort slicing off the bar and Linton making a decent save from another. 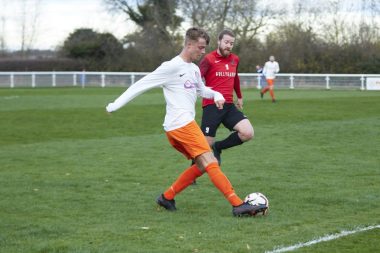 The second half was a cagey affair with Hathern doing all the pressing and Borough defending well and counter attacking.

The visitors’ second goal came on the hour mark as Halim cut in from the left and squeezing a shot past the Hathern keeper. 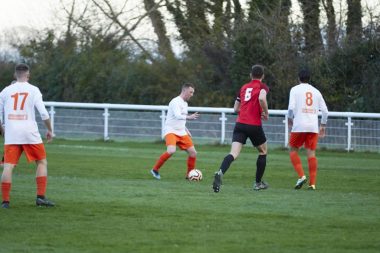 More chances to further increase their lead fell to substitute Ashley Piper, Ethan Meadows and King while Linton made a miraculous double save from a bewildered Hathern striker to keep Borough on top.

Borough do not have a game this Saturday owing to a outbreak of Covid at scheduled opponents Magna. Borough’s next game is away to Northfield Emerald on December 4.