Boro continued their 100 per cent winning start to the season with a 4-1 win at Blaby & Whetstone Athletic.

In a much-changed side due to injury and unavailability, Rugby used a free week for the reserves to promote some players and they were quickly involved when Ash Piper and Alex Webb departed within the first 10 minutes and Charlie Whiteside and Lewis Hully. 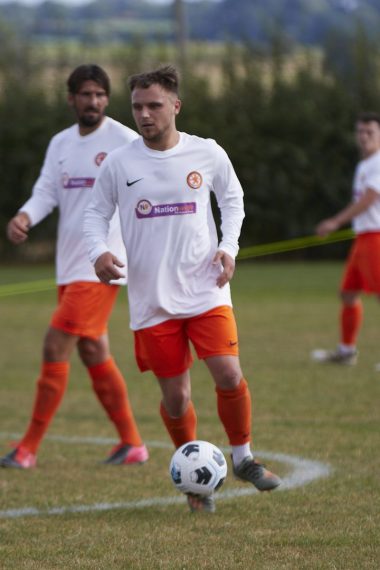 Borough’s Alex Webb was injured early on against Blaby

But the visitors were ahead on 25 minutes, Linton netting neatly after being put through by Bren King.

Though Blaby were reduced to 10 men after a crude challenge on Ethan Meadows brought a red card for the home skipper, Borough had to wait until the second half for a second goal.

Hully arrowed his shot past an unsighted keeper and two minutes later Linton converted from 10 yards out.

Jake Smith replied for Blaby but Whiteside made it 4-1 three minutes from time.

Rugby are on the travels again on Saturday with a trip to Sileby (2pm).

Borough have been handed a walkover in the county cup after Northfield withdrew. The planned tie on November 20 has now been replaced with a league fixture at Hathern.

A double from Emma Davies earned Rugby Borough Women a 4-2 win against Droitwich.

A Michelle Oldfield penalty and Beth Fesel free-kick either side of half-time put Rugby 2-0 ahead before Davies struck twice. 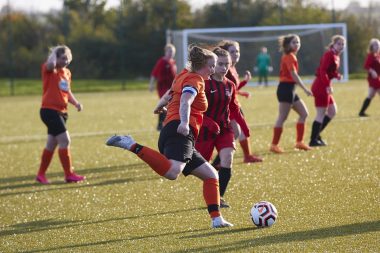 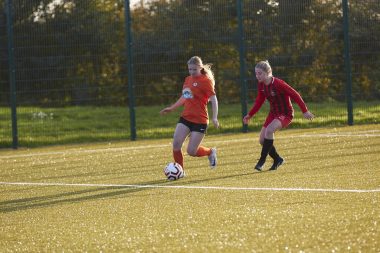 Sophie King on the ball against Droiwich.

Rugby, though, ended with 10 players after Charlotte Anderton and a Droitwich player were both sent off.

Borough are next in action on Sunday away to Kingfisher (noon)