RUGBY Town chalked up their biggest league victory of the season so far after returning to winning ways on the road.

Carl Adams’ side raced into a 3-0 first-half lead before wrapping up a 5-2 scoreline at Northampton ON Chenecks for a first away win in the United Counties League Premier South since August 14.

It leaves them seventh in the table as they prepare to welcome ninth-placed Eynesbury to Butlin Road on Saturday.

Parker opened the scoring when he capitalised on a poor back header to score a neat lob over the stranded goalkeeper. 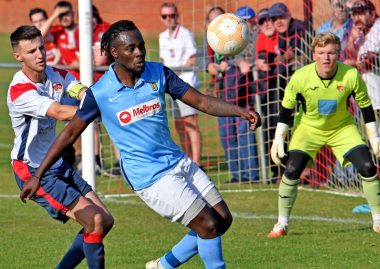 Just a minute later Edwin Ahenkorah found the top corner with a curling shot from the edge of the area after Max Johnson had won the ball in midfield.

Marsden finished off a fine team move from Ahenkorah’s assist in the first half before Chenecks got a goal back just before half-time through Tyrell Bernard. 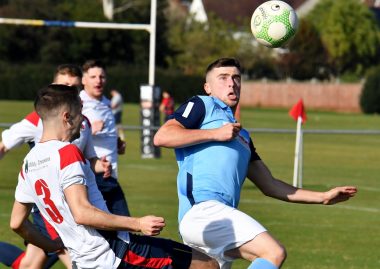 Parker got his second and restored the three-goal advantage on 68 minutes when he found the net after Luke English’s long throw was not properly cleared. 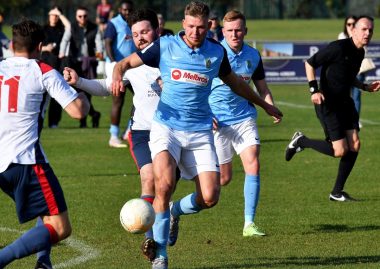 The hosts got a similarly soft goal three minutes later when Rugby goalkeeper Ash Bodycote didn’t deal with a corner allowing Stanley Channell a tap in from close range before David Kolodynski fired in Valley’s fifth soon after coming on as a substitute from Marsden’s cut-back.