Relentless Borough chalk up 13th win in a row

RUGBY Borough continued their relentless charge towards the Leicestershire Senior League Premier Division title by sweeping aside Sileby Town 5-1 for a 13th win in succession.

Borough were again slow out of the blocks but they took the lead on 15 minutes with a slice of fortune. The ball landed at the feet of Jack Hilton and he took it in his stride to stroke the ball into the corner.

A second goal followed on 25 minutes when quality play from Brad Harris,  Hilton, Dale Linton and Jim Farrow allowed Tommy Glasscoe to sneak through the Sileby defence and pop the ball in the net.

Borough dominated play creating – and missing chances – with Bren King, Charlie Cook, and Glasscoe the culprits but Glasscoe made up for his miss with a stunning goal, slotting home after getting free to take an inch-perfect through-ball from Harris. 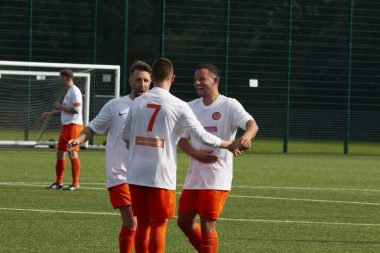 Celebrations for Rugby Borough against Sileby.

Jay Finley added the fifth after converting a left-wing cross from Luke Townsend created space for him to cross before Sileby got a deserved consolation through Grant John.

Borough visit Stockton in the Coventry Charity Cup on Saturday, kick-off 2pm, and then entertain AFC Kilworth in the League Cup on Monday (7.45pm). Both sides are unbeaten.

Borough’s next league action is on November 20 with a trip away to Hathern (2pm).

Kingfisher, who had beaten Rugby 3-0 earlier in the season, were 2-0 ahead before Michelle Oldfield’s pass set up Davies to score.

Tammi Davies was player of the match. 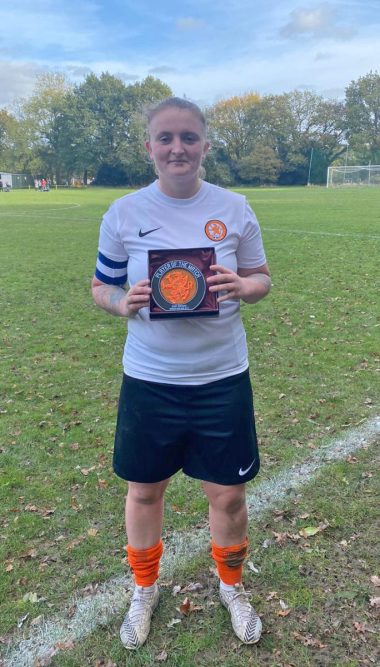 Tammi Davies was player of the match against Kingfisher.

The next game will be on November 21 at home to Cradley Town in the Birmingham County Women’s Cup second round.