RUGBY Borough Ladies progressed into the last 16 of the Birmingham County FA Women’s Cup, thanks to a 3-1 home success against Cradley Town DC Ladies. 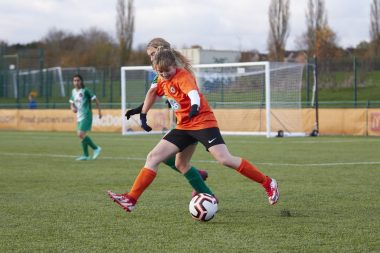 Emily Davies holds off her marker.

Rugby started on top in their second-round game, creating many chances within the first 20 minutes. They got their reward when Sam Smyth pounced on a loose ball from a corner and fired home from the edge of the box. 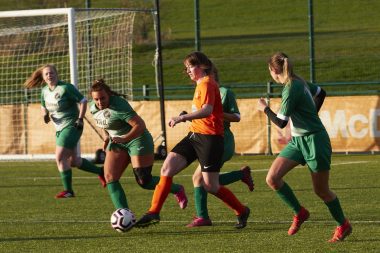 It was 1-1 at half-time, however, after a lapse in play let in to Cradley to convert from distance.

But Rugby continued to press and Tammy Davies scored direct from a free-kick to give them the lead. 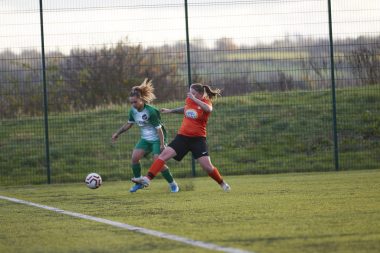 Lauryn Clarke hit the crossbar before Rugby got a third when Sydney Lowe swung in a corner that somehow found the back of the net. 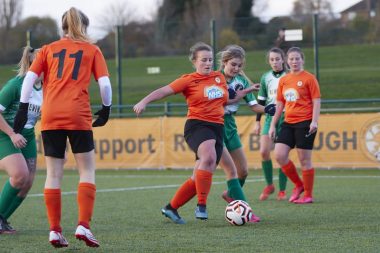 Rugby are back in league action at home to Cookley Ladies.