Town crash out of Vase after Dudley fightback 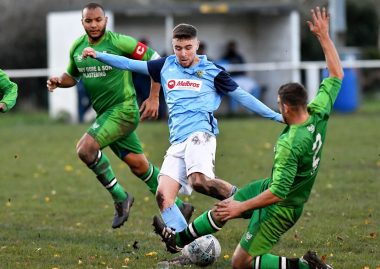 AN ABJECT display from Rugby Town meant their hopes of an FA Vase run were dashed at the first-round stage following Saturday’s 2-1 defeat to Dudley Sports.

In the final twist of a month of football that failed to offer much in the way of consistency – with Town failing to string two successive wins together throughout October – Carl Adams’ side saw their second-minute lead overturned with a goal in each half by the Hillcrest Avenue hosts.

And with the restrictions imposed by Thursday’s second national lockdown set to deny Rugby a chance to return the pitch until the beginning of December, it will be a long month of consolidation for Valley after their exit to West Midlands (Regional) Premier Division outfit Dudley. 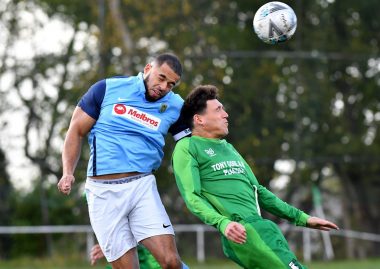 It all seemed to be going according to plan when Dylan Parker finished clinically after making a smart run to meet goalkeeper Sam Lomax’s punt upfield into the forward’s direction, striking a blow that could well have caused Dudley Sports’ heads to bow after just two minutes had passed.

The hosts held firm though, and turned the side midway through the half when David Meese’s header nestled in the back of the net after heading home from a set piece on 24 minutes.

Dudley’s equaliser was just what Rugby had merited after a poor display following the opening goal, with their lesson not being learned after the restart. 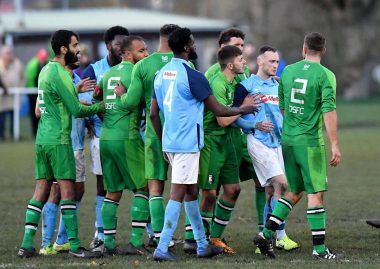 Again, another goal approaching the midway point of the second half fell the way of Sports, who claimed the winner with a carbon-copy goal, this time Matthew Vaughan playing the captain’s role to perfection when heading home at the far post from another set piece.

Town were set to head to Harborough Town in a United Counties League Premier Division match-up this Saturday before hosting Leicester Nirvana next Tuesday, November 10 – two of six fixtures that will be postponed.

Based on current guidelines, Rugby’s first fixture after the lifting of the lockdown will be on Saturday, December 5 – a trip to Peterborough Northern Star.