Turner next through the door as Brakes bolster forward options further 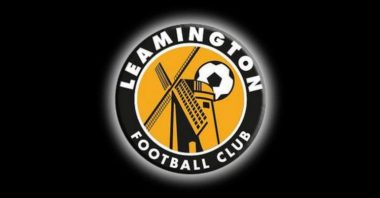 THE Brakes have made it two signings in the space of a day following the acquisition of Hednesford Town striker Dan Turner.

Joining Tyrell Hamilton in signing terms with Leamington this week, ahead of tonight’s trip to Chorley in National League North, the former Port Vale forward will hope to hit the ground running at the Community Stadium.

After an extended period of downtime at Step Three and below of the non-league ladder, restricting Turner from playing any competitive football with the Pitmen since October – in similar fashion to Hamilton at Alvechurch – the Brakes have offered the 22-year-old a route back into regular minutes on the pitch.

An ecstatic Paul Holleran thanked Hednesford for aiding Leamington in the transfer, and can’t wait to see his new man get going in yellow and black.

“We’re delighted to get Dan on board,” said the Brakes boss.

“He is an exciting, young, versatile player and we are very much looking forward to working with him.”

The Stone native made 42 appearances in all for the Valiants – scoring three times during that spell – as the club flitted between League One and League Two, also making a handful of appearances for Falkirk north of the border in 2018.

After his release from Vale Park in 2019, Turner joined Hyde United in the Northern Premier League, followed by a premature spell at Matlock Town prior to the outbreak of the COVID-19 pandemic and eventual transfer to Hednesford Town in the Southern League Premier Central.