RUGBY Town have been celebrating a week to remember after outstanding wins for the first team, youth team and women’s side.

Valley’s youth team kicked off the club’s seven days’ of achievement last Wednesday by extending their record-breaking run in the FA Youth Cup with an impressive underdog performance in their 2-0 home victory over their Football League One counterparts from Morecambe. 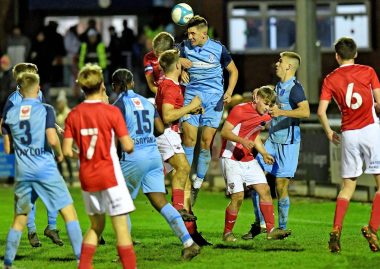 Carl Adams’s first team continued the knock-out joy with another against-the-odds win – this time by a solitary goal – in the FA Vase over a previously unstoppable Hinckley LR side on Saturday, with Town’s women also joining in on the act at the weekend with a 6-3 triumph over Westfields in the West Midlands Regional Women’s League Division One South.

Rugby then rounded off the period with a 3-1 Counties League Premier South victory at Bugbrooke St Michaels on Tuesday evening to give a push to their outside promotion hopes.

“The youngsters thoroughly deserved their win over Morecambe, whilst I think it was arguably the best that the first team have played all season on Saturday.

“The women have done their bit too with their six goals, and then the victory at Bugbrooke made it nine wins out of the last ten in all competitions for them.”

A goal in each half from Kasey Smith and Mason Platts guided Rugby’s Under-18 squad into the third round proper of the FA Youth Cup in front of a bumper, noisy Butlin Road crowd. 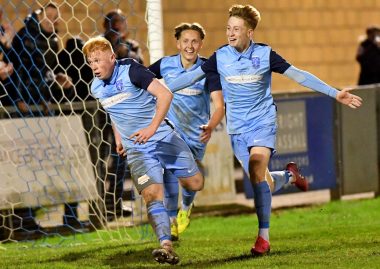 Youth boss Liam O’Neill was understandably delighted with the continued form of his young charges.

He said: “I don’t think it has fully sunk in yet. When you look at the teams that are left in the competition, we really don’t have any right to be in there with them.

“But the lads have just been outstanding this season, and it’s not been an easy journey either, as all but one of our five victories in the cup have been against teams from clubs higher than us in the pyramid. 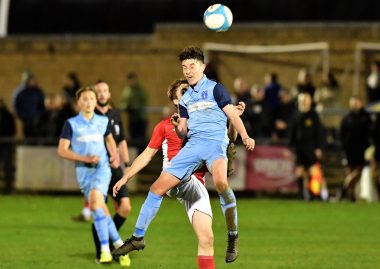 Valley U18s made history against Morecambe at Butlin Road. Picture by Martin Pulley.

“The players prepared so hard ahead of the Morecambe though and it was particularly pleasing that both of our goals came from ideas that we had specifically worked on in training over and over again.”

This next stage of the country’s leading youth competition sees clubs from the Premier League and Championship enter the fray, although Town have been drawn at home to another League One side – with Cheltenham Town set to visit Butlin Road on December 8.

O’Neill continued: “I guess it’s slightly disappointing not to get one of the big boys in the third round, but to still be in the competition is a massive achievement in itself and the platform these games give to my players represents an unbelievable opportunity for them.”

James Hancocks’ 26th-minute free-kick ensured that Town also secured a third round proper berth in the FA Vase against a Hinckley side that currently sit top of Rugby’s division with a perfect 18 wins from 18 matches league record.

Manager Adams went into the game with the belief that his men could beat the runaway UCL Premier South leaders, and Hancocks’ goal came as part of a particularly purposeful opening 45-minute display.

The visitors did up their game a little after the break, but found Valley’s defence in resolute mood and this earnt them a trip to Midland League Premier outfit Stourport Swifts on December 11 – which will be the first time Rugby have featured at this stage of the competition for 37 years.

Town’s 3-1 win at Bugbrooke came courtesy of a David Kolodynski double and a Luke English strike, with all three visitors’ goals coming in the first half.

The hosts did grab a second-half consolation, but the win lifted Adams’ side up a couple of places in the table to fifth – with third-placed Newport Pagnell heading to Butlin Road this Saturday.