‘DEEPLY concerned’ staff at a Rugby poverty charity say they are facing a ‘perfect storm’, as the accelerating cost-of-living crisis leaves more residents unable to pay for the essentials.

In the year Hope4 Rugby marks its tenth anniversary, staff say the future ‘looks bleak’ for struggling residents, with many volunteers feeling stretched and ‘wondering where this will end’.

Demand at Hope4’s Foodbank has risen by over 270 per cent since the charity’s first full year of operation in 2012-13, with over 5,500 food parcels handed out in the last financial year.

Meanwhile, 123 clients used homelessness support facility the Hope Centre last year – a rise of nearly 70 per cent over the last five years – and the charity’s annual running costs have rocketed up by £115,000 in the same period, now standing at £200,000. 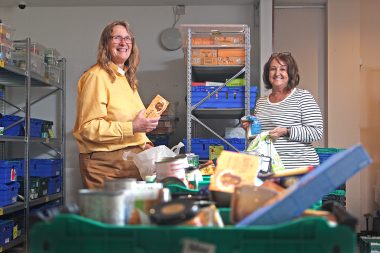 Rugby Foodbank’s Service Delivery Manager told The Observer he was worried its clients would fall further into poverty, further increasing demand for its services.

Adi Robinson said: “We are deeply concerned that the situation is getting so much worse. We had hoped things could only get better as we came out of the pandemic, but sadly this is not the case.

“We hoped back in 2012 that foodbanks would be a distant memory by now, and not a way of life engrained into society.”

He said low income had now overtaken benefit delays as the main reason people visited the Foodbank – where demand has risen but donations have declined in recent months.

He added: “We are seeing an increasing demand over the last few months and the crisis is only just starting. We have people saying ‘I can’t believe I am here and you are helping me – usually I help you and pop something in the donation basket when I’m out shopping’.

“The future looks bleak, with a further fuel price rise when the energy cap rises again in October. Our staff and volunteers are greatly concerned about the impact this will have on our clients.”

The charity’s chair said the rising cost of living would lead to an increase in both Foodbank usage and those who need the Hope Centre’s services. 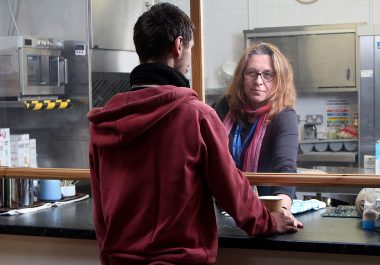 Diana Mansell said: “Over the next year it can only get worse. Food poverty is increasing, debt is increasing – this has a huge impact on mental and physical health, stability in the family home and in the end can lead to destitution and homelessness.

“For the Hope Centre clients who are learning pay bills and budget, it is impacting hugely. We recently sorted out a tiny one-bed flat for someone and helped get the electricity supply sorted out – it was £200 per month, which we were all shocked by given he only receives Universal Credit.”

While official numbers of rough sleepers in Rugby have dropped from 33 in 2018 to just three in 2022, Diana says this did not mean homelessness had gone away.

“A few years ago there was much more obvious street homelessness and begging in Rugby which we and the council have worked together to address,” she said. “This of course can lead the public to think there is no longer a homelessness issue in Rugby – however our work shows this is sadly still the case.

“Most of our clients may now be housed in temporary accommodation – but temporary means it will come to an end. Ending homelessness is not just about bricks and mortar, it is much more complex, and we work to prevent the revolving door back into homelessness and seek a more permanent solution.”

Diana called on the government to take immediate action to increase benefits in line with inflation rather than waiting until later in the year.

“We need action and we need it now,” she said. “I am not a politician or an economist, but I see and hear stories every week of just how desperate people really are.

“But with the support of the community in Rugby we will do all we can to be there to help and support in every way we can. We will continue fundraising to keep our doors open and campaigning to ensure everyone has enough to eat and somewhere to call home.” 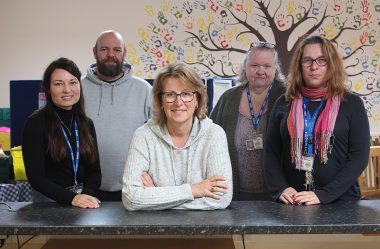 She said she was glad to be able to help in such a practical way as part of Hope4.

“It’s a force for change and one we should be proud of. It can feel like there is no end in sight, but I know there are so many people across the country doing their bit to make a difference, and that makes me very proud to be a part of a grassroots movement of compassion – one seeking to bring dignity, justice and a sense of community.”

She gave the example of how over 600 clients had already benefitted from Hope4’s in-house Citizen’s Advice caseworker, who gives advice around benefits and debt, over the last 16 months.

“Clients have hugely benefitted, with many now receiving the benefits they did not know they were entitled to. One woman was referred and secured a £15,000 debt relief order – that was life transforming!”

She added: “I was really moved recently when a Hope Centre client said to us: ‘I was broken when I came in here, and you put me back together again’. That is why we do it, and that makes it all worthwhile.”

Collection baskets for Rugby Foodbank can be found in supermarkets, churches, gyms and schools around Rugby.

Visit https://tinyurl.com/457xzvuk to donate money to Hope4, or www.hope4.org.uk/support-us for other ways to support the charity.